At the age of 22, Esther Chinwuko’s Nigerian dad moved to Tokyo to start his business and there he met Chinwuko’s mom. They fell in love and got married despite their cultural differences and language barrier.

Growing up half Nigerian in Tokyo, Japan, Esther Chinwuko, was constantly bullied in class because of her dark skin and curly hair. This made her start to think there was indeed something wrong with the way she looked. When her dad found out about this, he moved his family to Sikeston, Missouri when she was 15 years old. Now, Chinwuko is grateful that her identity was forged in the U.S. 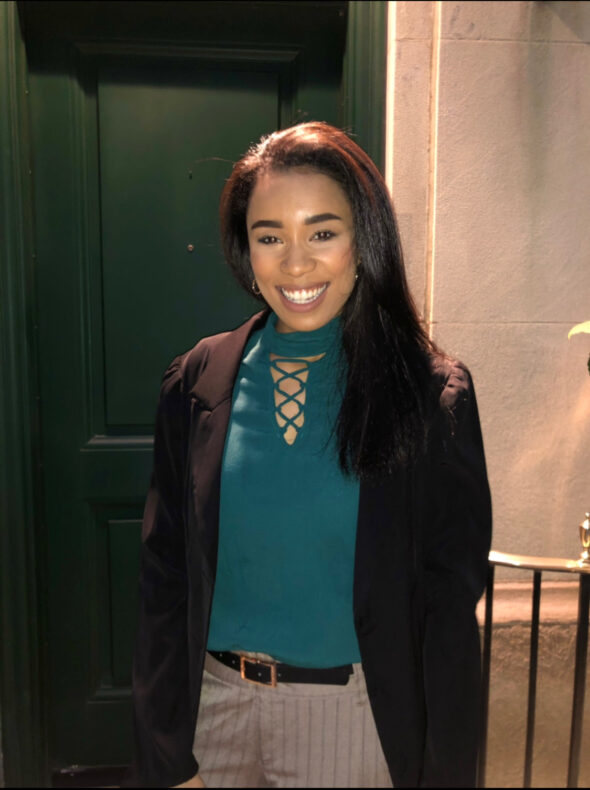 “Coming to America, seeing people with different backgrounds and different ethnicities, I started to have more confidence in identity,” she said, adding: “I got to meet a lot of African friends in the U.S. You know, identity confidence as a Black woman in the U.S., those kinds of things made me change a lot.”

Chinwuko, who grew up watching a lot of American TV series, also admits that this experience in America was different from her expectations.

“Growing up in Japan, thinking about America, I watched ‘High School Musical’, ‘Sweet Life’ (of Zack and Cody) all that stuff and everything was amazing. I thought that there would be no racism. Actually no, it was worse than where I’m from,” said Chinwuko, recalling the first few years she moved to America. “I thought that being adults, they know basic things, but I met people who don’t know how to respect even younger kids. And so, seeing that through my eyes, I realized that education is very important coming into the U.S.”

Chinwuko earned a college diploma two years ago and she currently works at Verizon as a network engineer. She  said that thriving as a first-generation immigrant is a feeling of  constantly being under  pressure.

“I had so much pressure, especially from my parents,” she said. “And we all moved here because of the education and what if I mess it up, you know? Still, I do have a pressure of how to take care of my family, so I think being an immigrant, first generation, that pressure will never disappear.”

Despite such performances, Black immigrants have the second-lowest average income in the U.S following Black Americans and are least likely to be homeowners, due to longstanding racial inequality.

Reacting to such racial inequalities before the Black Lives Matter movement was on the rise, Chinwuko posted a video on her YouTube channel that talks about her identity and calls for social justice.

Nina Oforji, a 25-year-old Nigerian immigrant also  experienced racial disparities when she immigrated from  Nigeria to the U.S. 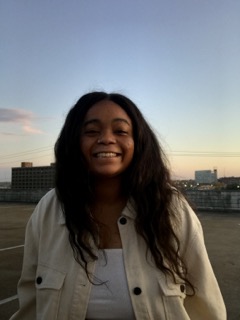 “I thought that America was more fun in a sense, but then when you grow older, reality hits and you realize that there are a lot of things in America that need to be worked on,” said Oforji. “It was just because of the racial issues in America that made people more hostile to Black people and that was like a reality check because in Nigeria we don’t have that.”

Oforji’s family moved to the U.S. hoping to find different opportunities when she was five years old. She said  her mom felt stifled in Nigeria, unable to be independent due to conservative gender norms.

“I can make my own mold because I have the opportunity to make money and also be in control of my own life and not have to fit the standard of what it means to be like a woman,” said Oforji.

But Oforji had a lot to learn about America  and  she had no help as a first generation immigrant who grew up in America. She had passed what she learned to her siblings.

“ I’m the oldest out of my family, so it was really hard because there was no one there that could tell me how to navigate the world,” she said. “I basically had to learn everything by myself.”

When she came to America, Oforji noticed a subtle tension between African immigrants and African Americans arising from history and culture that frustrated her.

“I was aware of the feud, and it was about ‘oh you’re African, so you’re not Black,’ or ‘you’re Black, you’re not African,’ it was just a weird identity reflection on myself when I came to the U.S. that not many people got to experience unless you’re African,” she said. “There’s this elephant in the room that nobody wants to speak about sometimes and we just want to leave it alone because we want to keep the peace.”

Oforji said the movie “Black Panther”  resonates with the tension. “Black Panther “is Marvel Studios’ superhero movie of which the main story is about crowning T’Challa as king of Wakanda after his father’s death that is challenged by Killmonger who grew up in America and aspires to reform policies and revolutionize the country.

“The perfect description of this dynamic is ‘Black Panther’ because they are basically talking about Africans versus African Americans,” said Oforji.

“I think it just made it clearer that it doesn’t matter where you’re from, they all see you the same,” Oforji said. “I think the Black Lives Matter Movement reminded all of us to forget the complexity of our differences and realize that we’re the same in the humane aspect.”

Oforji said  that she hopes to see improvement in how immigrants are viewed and treated.

“One thing I would like to see America do better in is how they treat immigrants,” she said. “The circumstances that someone is born into shouldn’t define the amount of humanity they deserve. Ut’s important to treat everyone with the utmost compassion and care especially those in the margins because at the end of the day anyone can end up on the reverse side of their circumstances.”