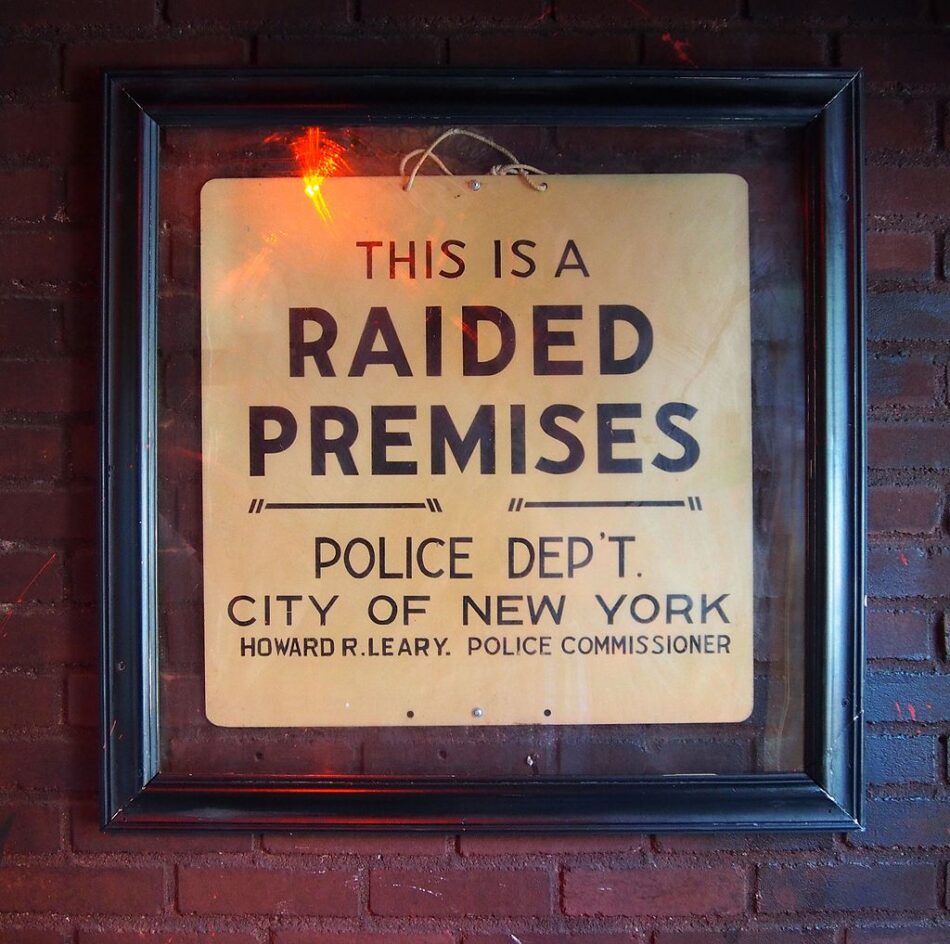 Police thrusted open the doors of a small hole-in-the-wall club, sending patrons scrambling for the doors. Those who remained– largely Black, queer locals– stood their ground against the disruptors. This tale may sound familiar to anyone familiar with the 1969 Stonewall riots– only this story takes place in 2021 Chicago, one of many cities where law enforcement remains at odds with the Black queer community.

“I was able to be around these adults who were queer and in queer relationships and it was so loving and so welcoming and so beautiful and, also, so messy,” they said. “I remember [when] cops would come into the open mics and try to stop whatever we were doing or [when] my mentors [had] to go stand at the door so the police wouldn’t come in.”

Wallace is a co-founder of GoodKids MadCity, a non-profit youth organization fighting to end inner-city violence, call for community resources and to abolish police. Through both their work and their experiences as a queer Black person, Wallace has seen the individual struggles of each identity, as well as the unique tension with police born from this intersection.

“Policing is inherently violent to a Black queer person because it’ is the embodiment of all of the things we are running away from or fighting on a day to day basis,” they said.

To Julian Mohammed, a Black gay man based in Harlem, the tension is unsurprising. With two police officers for parents, Mohammed grew up around law enforcement. This closeness helped illuminate more overarching issues within the force, he explained.

“I know for a fact they do treat minorities different,” he said. “I’ve heard that from their mouths, that if a minority walks up to them they’re gonna be more likely to perceive it as a threat. That’s more common, I guess, in the neighborhoods they’re in.”

The issue, to Mohammed, is that police officers simply do not care about certain communities.

“I’ve seen a lot of cops say ‘f——’ and I don’t know if they’re just saying it because everyone used to say it back then,” he said. “But I feel like if you were hate crimed  or anything, it’s gonna get brushed under the rug.”

Police discrimination may be a driver of poor health outcomes and inequities among Black LGBTQ+ people, according to a 2020 paper published in Social Science & Medicine. The same paper found that four in ten Black LGBTQ+ men claimed they’d faced police violence in the last year. Another study found that Black transgender people are 50 percent more likely than their non-Black counterparts to be arrested following a police stop.

The singularity of these difficulties has left Wallace disillusioned with policing.

“You place black and queer together and it’s almost like you’re placing yourself in your own special kind of hell,” Wallace said.