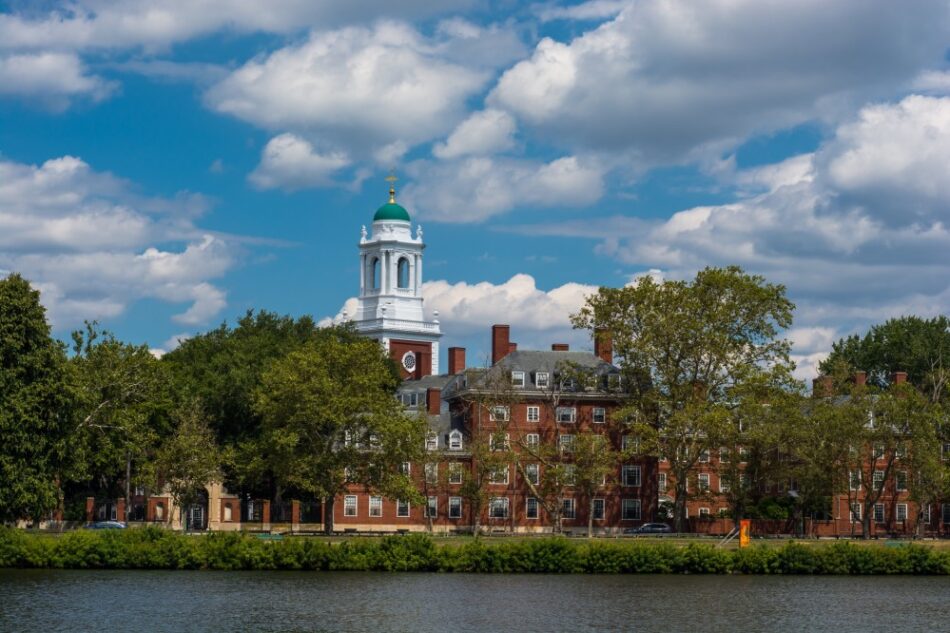 Harvard University is suing the Trump Administration for the new policy of revoking the visas of international students who are forced to take online classes only because of the pandemic. Photo by @eric_urquhart via Twenty20

Fanny Fang’s just ended her 14-day mandatory quarantine after returning to China from New York City when she heard of a new obstacle, a U.S. Immigration and Customs Enforcement policy.

The agency that oversees the nation’s student and exchange visitor program, announced that international students must take at least one in-person class in the fall to maintain their visa status, or they will have to leave the U.S.

In a hotel room in Shenyang, a city 2,800 miles away from her hometown Shenzhen, Fang, a student of New York University, said she was being thrown a curveball again. After NYU announced in June their plan to operate in a hybrid model in the fall, with an in-person and Zoom option, she decided to go back to China and attend classes remotely. But the new rule now requires her to show up in the  classroom so she won’t lose her student visa.

“I have no idea what I should do in the next step,” Fang said. “ I have to make a new plan to complete my degree.”

Chinese students like Fang, may become the biggest casualties of the latest ICE regulation on international students. For the tenth consecutive year, China remained the largest source of international students in the US, making up 33.7% of all foreign students in 2019, according to a report by the Institute of International Education. These students, whether they have returned home or stayed in the U.S., are scrambling to maintain their visa status which has faced more scrutiny under the Trump administration since the pandemic began.

Former Democratic presidential candidates Bernie Sanders and Elizabeth Warren have both voiced their opposition to the policy on Twitter. Elizabeth Warren urged the ICE and the Department of Homeland Security to “drop this policy immediately” and called the move “senseless, cruel and xenophobic.”

Kicking international students out of the US during a global pandemic because their colleges are moving classes online for physical distancing hurts students. It’s senseless, cruel, and xenophobic. @ICEgov and @DHSgov must drop this policy immediately. https://t.co/MHYduGA1Pk

Sanders also used the word “cruelty” to describe the disturbing policy. “Foreign students are being threatened with a choice: risk your life going to class in-person or get deported,” he said.

The cruelty of this White House knows no bounds. Foreign students are being threatened with a choice: risk your life going to class in-person or get deported.

We must stand up to Trump’s bigotry. We must keep all our students safe. https://t.co/Q2MvmgJPqV

If a university adopts the hybrid model, foreign students have to take “the minimum number of online classes required to make normal progress in their degree program,” and have to be back in the states to participate in the in-person classes.

For many schools that offered the in-person option for smaller scale seminar classes, like NYU and Columbia University, classroom presence is optional. Local students can opt to stay at home and participate via Zoom. Yet international students, per this policy, will not have the same privilege.

“Is it worth risking my health to travel back and attend the classes?” Fang asked.

After many states reopened, the confirmed cases across the U.S  soared. On July 2, the Centers for Disease Control and Prevention reported 54,357 new cases, a record single day jump.

University campuses are particularly vulnerable to such a highly contagious disease. Washington University reported that at least 112 fraternity residents have tested positive for Covid-19 on June 30.

Even if they are willing to risk their health to attend in-person classes, the students that are already home face travel restrictions. On January 31, President Trump banned foreigners that had stayed in China in the past 14 days to enter the U.S. Five months  later with Covid-19 decreasing in most regions of China, the travel restriction is still active.

This travel ban is essentially in conflict with the ICE regulation that mandates international students to return to the U.S. to attend in person classes.

Another NYU graduate student from China, Taylor Xu, who studies biostatistics, chose to stay because her “visa is going to expire.”

Given the indefinite suspension of U.S. consulates in China and the sensitive nature of her major, she said “it wouldn’t be easy to get a new visa.”

On May 29, President Trump signed an executive order to ban certain groups of Chinese graduate students from entering the country, accusing them of “acquir[ing] sensitive United States technologies and intellectual property, in part to bolster the modernization and capability of its military, the People’s Liberation Army.”

Now, Xu faced the chance of being deported as her program will operate remotely.

“It’s mentally stressful and disheartening that the country I’ve lived in for six years may kick me out,” Xu said. “The fact that I can’t find a reasonably priced ticket home also makes the situation more challenging.”

To stop coronavirus cases from entering China, Beijing has drastically cut the number of international flights to “one route to any specific country with no more than one flight per week” since March. Although it eased airline access after President Trump threatened to ban inbound flights from China, allowing Delta Air Lines and United Airlines to operate four weekly flights in total, the seats available still fell short of demand.

While international students are rattled, universities across the country have been advocating strongly against the policy. Harvard University and Massachusetts Institute of Technology sued the Trump administration.  In an email to the students, Lee Bollinger, President of Columbia University, which has the fourth-largest international student population in the U.S., wrote “the destructive and indefensible purpose driving these policies is by now all too familiar.”

Universities are also in the process of transitioning to hybrid models to save international students’ visas. But the growing number of new cases  and the chance of a second wave hitting in the fall could easily force universities to close again.

“If a second wave hits this fall and my school moves to online classes again, what would  I do?” Fang asked.