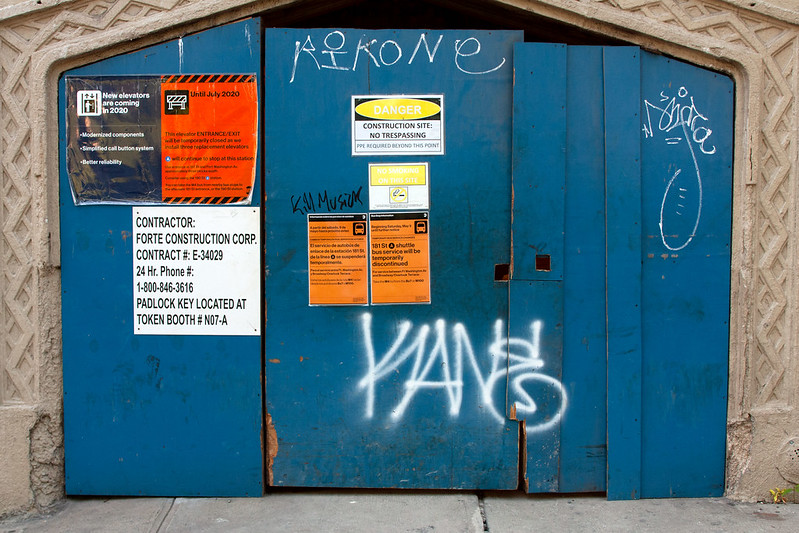 The elevators at 181st Street on the 8th Avenue Line. Many ongoing subway renovations have been put on hold due to budget constraints. Photo by Daniel Girma

Alarm bells rang at the Metropolitan Transit Authority’s monthly board meeting on June 24. Larry Schwartz, Chair of the agency’s Finance Committee, detailed the financial dilemma brought on by the COVID-19 shutdown.

“I don’t think in the history of the MTA it’s seen anything close to the magnitude of what—from a financial perspective—the MTA is facing,” said Schwartz, in response to the Chief Financial Officer Robert Foran’s detailing of the agency’s fiscal crisis.

Its operating budget, estimated at $17 billion for 2020, is projected to lose 45% of its funding, primarily due to the loss of ridership in the first half of the year. The $4 billion of emergency funding received from the Coronavirus Aid, Relief, and Economic Security Act (CARES) only covers a fraction of this deficit.

“If the federal government doesn’t come through with additional federal aid, the magnitude of this problem is just that much worse,” said Schwartz.

The MTA had already braced for a loss of funding for other projects, namely its groundbreaking 2020-2024 Capital Program, a $51 billion undertaking that aims to revamp much of the outdated transit systems in the city and the state. But as the meeting wore on, it became clear that more needed to be done.

“Right now our focus is on the $3.9 billion to get us through 2020,” said Patrick Foye, Chairman and CEO of the MTA. “The immediate deficit and the immediate financial crisis.” 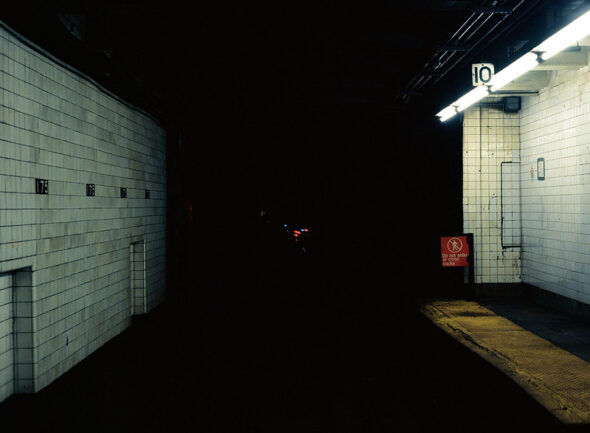 The MTA’s future is as clear as this subway tunnel. Photo by Daniel Girma

The MTA capital programs, multi-year initiatives that cover a wide array of projects, have a complicated funding process. It is a delicate balance between allocating its own revenue, borrowing, and securing funding from the federal, state, and municipal governments. The 2015-19 Capital Program, which cost $29 billion, was covered mostly by MTA revenue and an $8.3 billion commitment from Governor Andrew Cuomo.

But the 2020-24 program, over $20 billion more than the previous one, was expecting to get a large boost from NYC’s congestion pricing tax, as new internet tax and estate tax for mansions. This, along with the other conventional funding sources, have been completely upended by the shutdown.

The crisis doesn’t stop there. Even projects that were initiated under the previous capital program and slated to continue under the current program have been affected by the loss in revenue.

“The 20-24 program as well as a great deal of the remaining 15-19 work is essentially on hold,” said Janno Lieber, Chief Development Officer of the agency. “Flagship programs in the capital program are being delayed.”

Among these are the vital accessibility upgrades that would provide access to 70 stations across the city for its disabled residents.

“That initiative, which was well along in procurement before the covid crisis hit, is on hold,” said Lieber.

There have been some bright spots. The drop in ridership and new late-night closing of the subway has allowed for the acceleration of station and tunnel repairments across the system.

“We were able to identify opportunities to get more access to work areas and extended outages,” said Lieber. “But those are frankly exceptions.”

With endemic funding all but dried up, board members admitted that the agency would have to start prioritizing projects in order to stay afloat.

“One of the suggestions I’m going to make is that the MTA start breaking things down in various categories on what is essential and what is deemed non-essential,” said Schwartz. “It’s going to end up being a combination of things, and all of those things are going to be tough and hard to implement and approve.”

Schwartz stressed that fares could not be increased, and that the agency should not apply for loans to cover the deficit.

“I don’t think we can borrow our way out  of this problem,” he said.

Board members continuously emphasized the necessity for more federal support. The Health and Economic Recovery Omnibus Emergency Solutions Act (HEROES), a follow up relief bill that passed the House in May, promises nearly $15.75 billion in aid for public transportation, with $11.75 billion dedicated for cities of over 3 million people. State legislators from both sides of the aisle have voiced their support for the bill.Representatives

“Eighteen  of the most prominent New York State republican elected officials signed a letter to senate leader Mitch Mcconnell arguing that the HEROES Act or any COVID relief bill must include adequate money for the MTA,” said Lieber. “This is truly a bipartisan issue.”

With the HEROES Act stalled in the senate, some in the agency fear catastrophic consequences if funding is not secured.

“If we don’t get HEROES funding or something similar pretty soon, we are moving closer and closer to a fiscal cliff,” said Lieber. “Broadly speaking, we are in dire straits.”