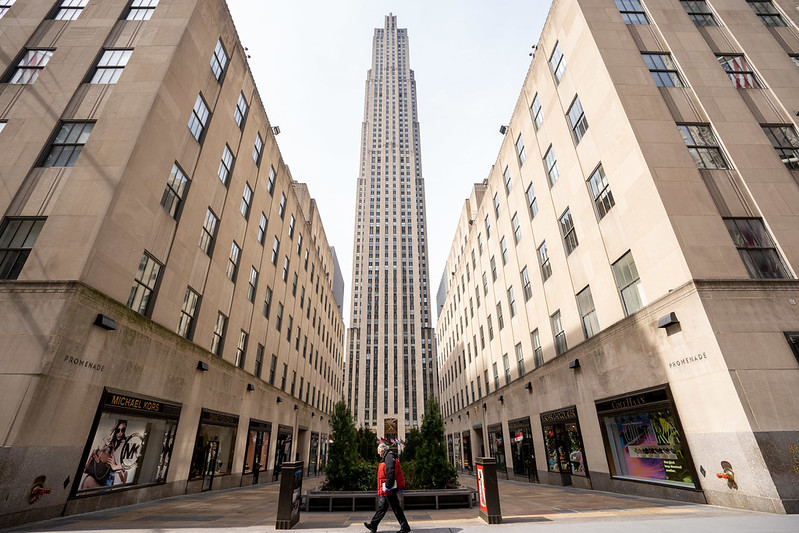 Life in New York City has come to an abrupt halt amid the outbreak of COVID-19, more commonly known as the Coronavirus. Following suit of other major cities affected around the world, New York Governor Andrew Cuomo announced that as of Friday, March 13th, after 5 pm there would be no gatherings of 500 people or more permitted in hopes of stopping the spread. Since then, Broadway has canceled all shows for the foreseeable future, businesses have closed for unknown amounts of time, restaurants have switched to only offering takeout in an attempt to stay afloat, and New York’s most popular tourist attractions are now ghost towns. Here is a look inside the city in the days that followed the announcement. 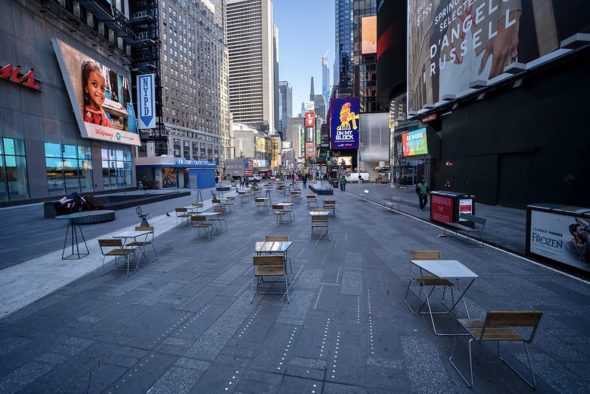 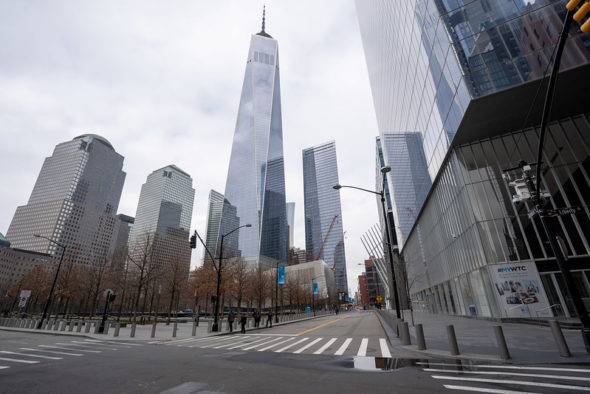 The 911 Memorial and Museum has been closed to the public. For now, only NYPD and security guards are permitted within the chained off area, March 17, 2020. Photo by Thomas Hengge 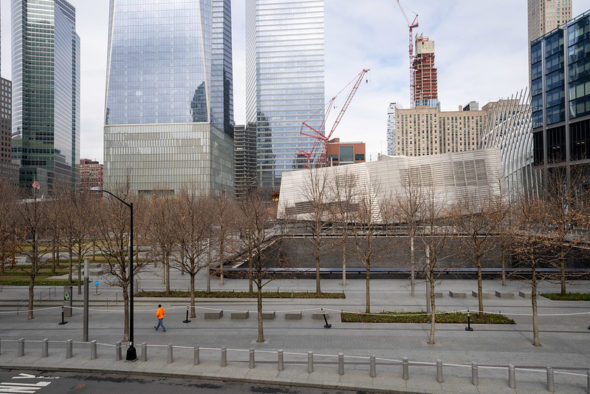 A construction worker passes by the 911 Memorial and Museum, closed to the public amid the COVID-19 spread, March 17, 2020. Photo by Thomas Hengge 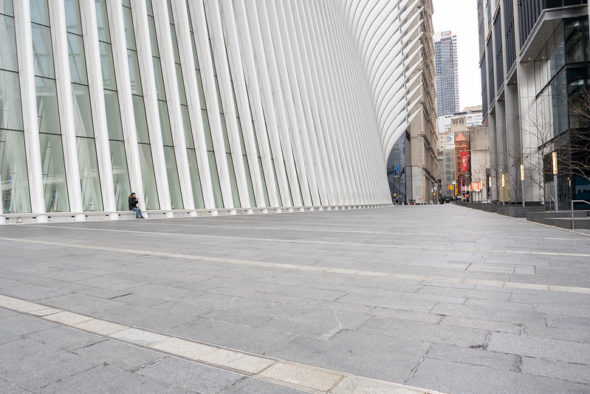 A man sits and eats outside The Oculus, a popular tourist destination adjacent One World Trade, March 17, 2020. Photo by Thomas Hengge. 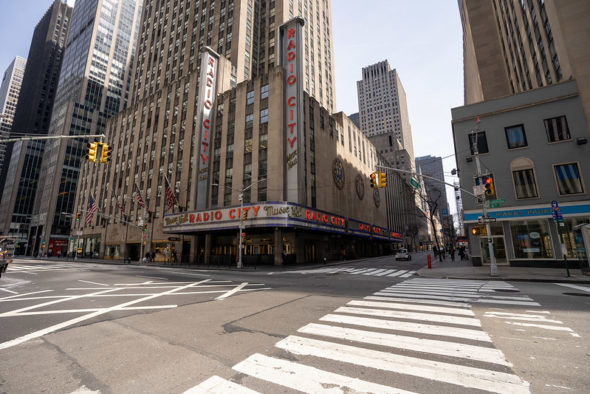 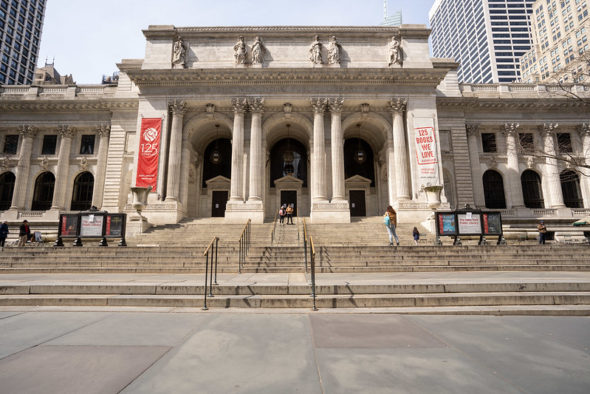 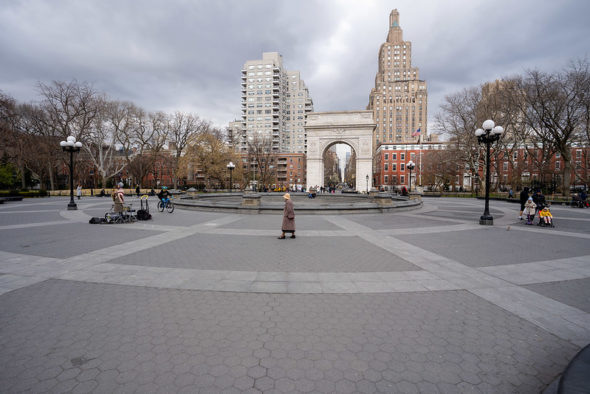 Washington Square Park emptied amid the spread of COVID-19 in NYC, March 17, 2020.  Photo by Thomas Hengge 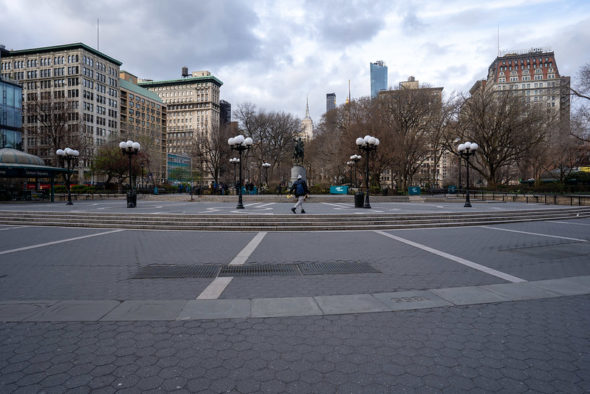 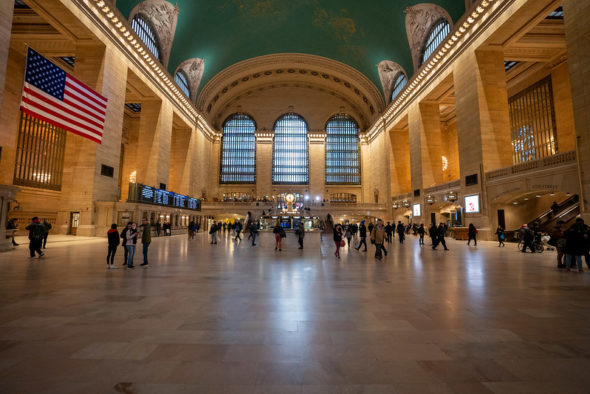 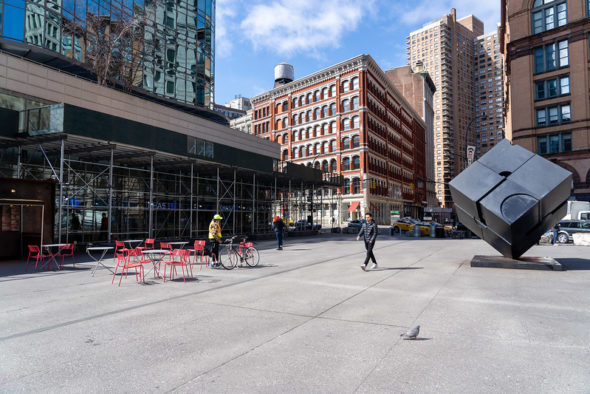