New York May Have Reached its Apex in the Coronavirus Outbreak 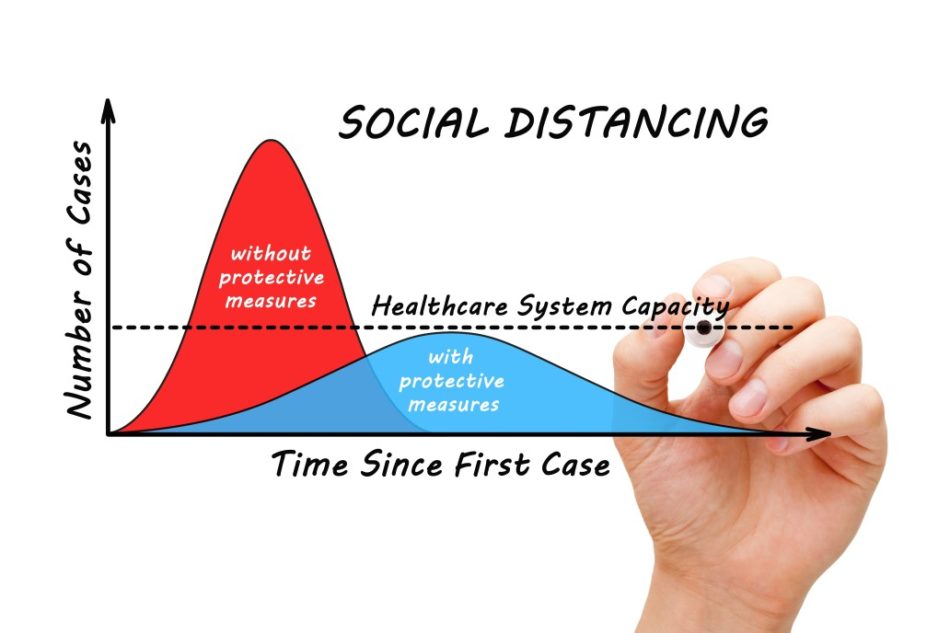 Hand drawing a statistical chart about the importance of Social Distancing to flatten the curve in times of pandemic. Coronavirus Covid-19 outbreak concept. @ivelinr via Twenty20

New York may have reached the long-awaited peak in the fight against the coronavirus disease, Gov. Andrew Cuomo said in today’s press conference.

While the number of daily infections and deaths were still high, with the death toll rising to 4,758 from 4,159 the previous day, Cuomo said the actual increase appeared to have “flattened” over the last two days.

Cuomo said those were “all good signs” and that if in fact the state had reached its peak in the number of new infections, it still remains to be seen how the projected model would play out.

“The big question we are looking at now is what type of curve,” or apex, the state had attained, he said, explaining that the ideal would be a sharp peak with instant decline versus a curve or extended plateau type of a graph.

He said they would continue to study the projections by following the data over the next few days to determine more accurately what was happening across the state.

Cuomo cautioned that even though the data was “hopeful” it was inconclusive and success in defeating the virus was contingent upon continued social distancing and other mitigation practices. He said that even if New York was indeed at a plateau, it was a high one and a strain for medical staffing to maintain.

“We are plateauing at a very high level which is a tremendous stress on our healthcare system,” he said.  The system “ is already at maximum capacity today, and staying at that level would crash the system.”

He voiced repeated concern about the mental and physical wear the crisis was having on healthcare workers and first responders.

“We are at a red line,” he said. “People can’t work any harder, and staying at this level is problematic,” he said.

To relieve pressure on the hospital system, the state has increased sharing of ventilators and personal protective  equipment from less affected areas to communities that need them most.

The 2500-bed Javits Center, initially converted to an emergency hospital for non-Covid persons, has now been opened up to Covid patients which is a major “relief valve” for the overburdened New York system.

Additionally, at Cuomo’s request, President Donald Trump has approved the Navy ship, USNS Comfort, to also be opened up to accept coronavirus patients from New York and New Jersey. The 1000-bed floating hospital has only about 20 patients because of federal red tape but is needed more  as a hospital for coronavirus patients.

The governor said New York on PAUSE  will continue until April 29 to ensure that the progress made in containing the virus is maintained.

In response to reports that many New Yorkers were not practicing social distancing outdoors as mandated, Cuomo said he has authorized the increase in fine from $500 to $1000 for those found violating the rules.

“This is an enemy we have underestimated since day one,” he said. “We have paid the price dearly.”

Worldwide the highly contagious coronavirus has infected more than 1.3 million people with close to 74,000 deaths. In the US alone, there are 363, 820 positive cases resulting in 10, 768 deaths. New York state continues to be the epicenter of the outbreak with 122,000 confirmed cases.

“The challenge is to make sure we don’t lose anyone who could’ve been saved,” he said.

In Washington, at the daily White House coronavirus task force briefing, Trump said over 1 million tests have been administered so far including newly developed kits that could deliver results in as little as 5 minutes with an average time of 15 minutes. He said that general testings have become widely available throughout the country.

But recent reports show that some hospitals and medical centers still struggle with adequate testing supplies and facilities.