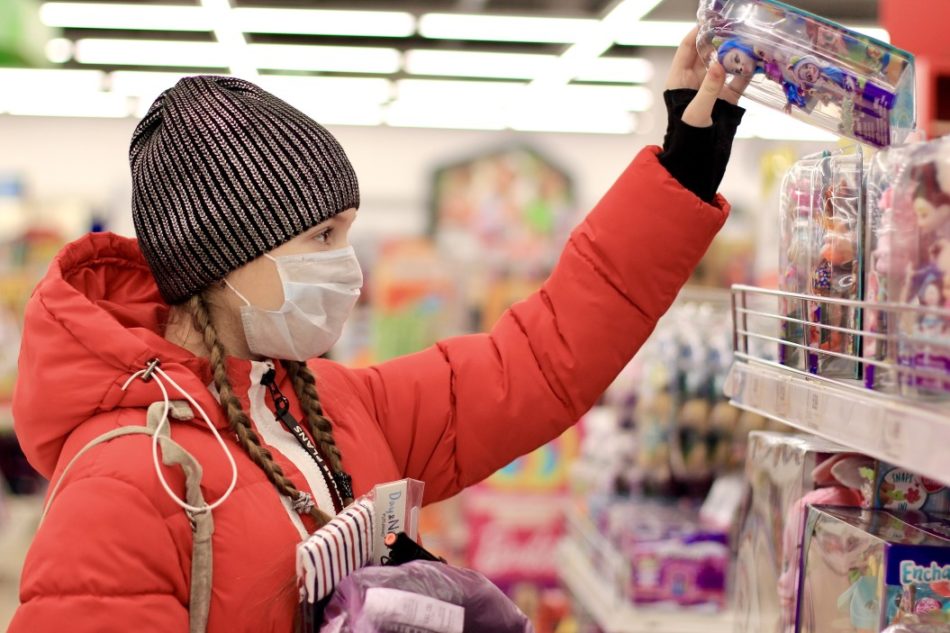 Wearing a mask in public places will now be required in New York. Photo by @otryaskinatatyana via Twenty20

Governor Andrew Coumo announced today an executive order ordering people in the state of New York to wear masks or mouth and nose coverings in public spaces where they cannot maintain social distance. This will go into effect in three days.

At his daily press conference, Cuomo explained this includes places such as crowded streets, public transportation, busy neighborhoods and anywhere else where people can’t maintain a distance of at least 6 feet from other individuals.

Disobeying  this rule will not subject anyone to civil penalties, at least for the time being.

“You’re not gonna go to jail for not wearing a mask,” Cuomo said. “We haven’t seen flagrant non-compliance.”

However, the governor maintained that that might just change if people don’t comply with the new rule and added that New Yorkers themselves would likely act if they see someone disregarding the rule.

New York is flattening the curve, with hospitalizations and intubations going down, but the state is still experiencing an average of 2000 new coronavirus cases per day. In total, there have been a total of over 100,000  confirmed cases and 10,000 deaths.

Cuomo said that the healthcare situation has stabilized, with New York having increased its healthcare capacity by 50% in one month. Two weeks ago, Cuomo called out for health professionals in other states to come in and offer their help. And at least 90,000 retired and active health care workers have come to aid in the battle, including 25,000 from outside New York.

“The fear of overwhelming the health care system has not happened,” Cuomo said today.

The state is now giving away a total of 100 ventilators to Michigan and 50 to Maryland, both states that have been experiencing an increase in the number of coronavirus cases.

However, the fight is long from being over.

“We’re still in the woods,” he said. “Just because that number has plateaued, doesn’t mean it anytime to relax what we’re doing.

But, in good news, the governor said the numbers show that we can change the curve and control the spread.

Cuomo also touched on the reopening of the economy,  which he projected to take around 18 months, when a vaccine for the coronavirus is expected to be approved.

“I say it’s over when we have a vaccine,” Cuomo said.

Capitalizing on the completion of the Tappan Zee Bridge, which he campaigned on back in 2010, he said that we have to build a bridge from today to the “new normal”. He also offered up New York as a testing ground for a future vaccine.

It will be a “phased reopening” as  New York, could still see an increase in infection rate, if social distancing measures are lifted too soon, Cuomo said.

This phased reopening would be based on a model that would take into consideration two main criteria: how essencial a business is and what the risk of infection within the work environment is.

Reopening the economy will rest fundamentally on large-scale testing, Cuomo said. Everything from diagnostic to antibody, saliva, finger prick and blood sampling. So far New York has conducted a total of 500,000 tests, but Cuomo hopes that a yet to be approved by the FDA test could improve the numbers to up to 100,000 a day. The New York population is over 19 million.

Pointing to what happened earlier on with state and federal governments fighting over ventilators, the governor warned against a repeat of this with testing.