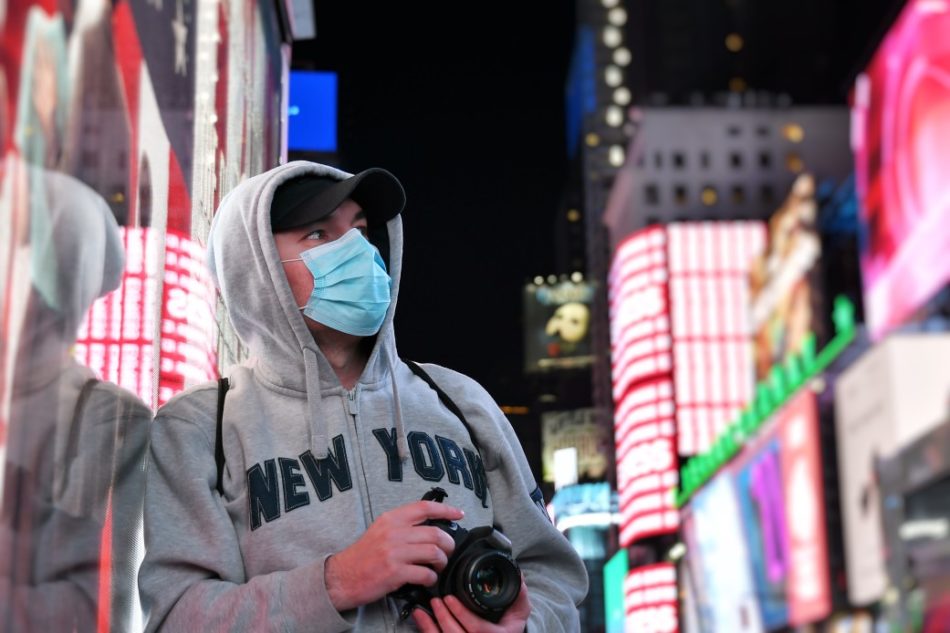 A man wears a mask in Times Square, New York City. Photo by @Nodar via Twenty20

With the apex of the pandemic in seven days, Gov. Andrew Cuomo said the state is not ready.

With a shortage of ventilators, medical staff and hospitals filled to capacity, the state is heading into the heart of the battle.

“I call it the battle of the mountain top,” Cuomo said. “It’s going to be the number one point of engagement with the enemy.” 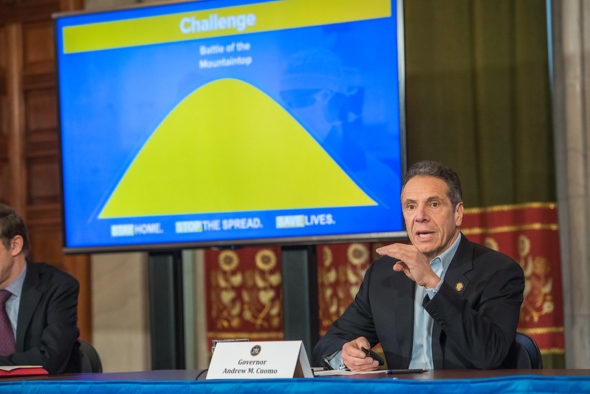 New York is not facing this fight alone. The state has received 22,000 out of state volunteers, but the shortage of health care workers persists. “I am also signing an executive order to allow medical students who slated to graduate to begin practicing,” Cuomo said. “We need doctors, we need nurses.”

And the ventilator challenge is never ending.

The federal government currently has a surplus of 10,000 for the entire nation, but Cuomo said the state ordered and was ready to pay for 17,000. According to Cuomo contracts were signed, but that order has not arrived. The government of Oregon has committed to sending 140 ventilators to New York.

Cuomo has also shopped for ventilators in China.

“China is remarkably the repository for all these orders: ventilators, and PPE,” said Cuomo. “In the long term, we have to figure out why we ended up in this situation. Why we don’t have the manufacturing capacity.”

In addition to the state’s purchase, the Chinese government is going to donate 1,000 ventilators that are expected to arrive into JFK  airport today.

President Donald Trump warned Americans in his press conference today that the worst days are ahead.

“This will be probably the toughest week between this week and next week, and there will be a lot of death, unfortunately,” Trump said.

He also said more help is coming to New York.

“One thousand military personnel are being deployed into New York City to assist where they are needed the most,” Trump said.

The coronavirus has killed more than 3,600 people in New York, the epicenter in the U.S. About 1.1 million people have been infected worldwide, killing more than 60,000 worldwide, according to Johns Hopkins University. The U.S has more than 300,000 cases and more than 8,100 deaths.

As the count down for the peak of the crisis in New York keeps going, a possible cure is still on a more distant horizon.

“The vaccine is down the road for another 14 to 16 months,” said Trump. “Johnson & Johnson is leading the studies to develop it.”

Pharmaceutical experts across the world suspect Hydroxy-chloroquine could be used to treat patients, but there are no conclusive results on its effectiveness yet.

But Trump believes this treatment will work.

“Hydroxy-chloroquine is going to be distributed to treat certain patients,” said Trump. “We have millions and millions of doses of it, 29 million to be exact.”