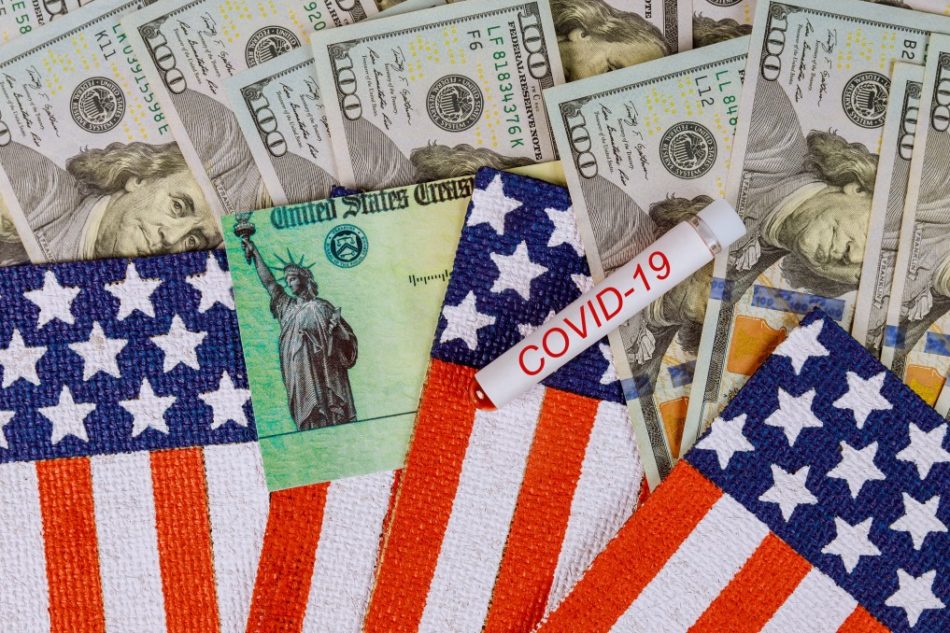 The largest economic stimulus package in modern U.S. history includes direct payments of $1,200 to many individual Americans, including those who earn up to $75,000, and an additional $500 per child.

“I just signed the CARES Act, the single biggest economic relief package in American History – twice as large as any relief bill ever enacted,” said Trump this afternoon on Twitter. “At $2.2 trillion dollars, this bill will deliver urgently-needed relief for our nation’s families, workers, and businesses.”

The Coronavirus Aid, Relief, and Economic Security (CARES) Act secures $100 billion for healthcare workers on the front lines of the crisis and provides $150 billion for state and local governments. The package also allocates $58 billion to aid airlines, which have been hit hard by travel bans and general fears of flying.

The act establishes a $500 billion government lending program to businesses hit hard by the outbreak. The law prohibits taxpayer-backed loans from going to businesses owned by President Donald Trump, members of his administration or members of Congress.

The package allocates $25 billion for food assistance, including $16 billion for the Supplemental Nutrition Assistance Program (SNAP), and secured $24 billion for the U.S. Department of Agriculture to stabilize the farm economy.

The U.S. reported 85,356 cases of Covid-19, the disease caused by the novel virus, with 1,246 deaths, as of Friday afternoon, according to the Centers for Disease Control and Prevention. The U.S. has reported more cases of the coronavirus than any other country, surpassing China and Italy.

The House of Representatives earlier today passed the bill by voice vote, after Republican Representative Thomas Massie tried to block the legislation by forcing a recorded vote, which would have required legislators to log their position individually.

“They (Democratic senators) transformed a Republican corporate-focused bill into a Democratic workers-first focus,” said House Majority Leader Nancy Pelosi this afternoon on the House floor. “We are able to dramatically expand unemployment insurance and defeated attempts on the Senate’s side to claw back the $600 per week added benefit that would provide essential relief.”

The Senate unanimously approved the legislation late Wednesday night after tense days of negotiations between Democrats, Republicans and White House aises. The Senate has struck down two previous stimulus bills, as Democrats pushed to make several changes to the legislation.

Treasury Secretary Steve Mnuchin said on Wednesday during a White House press briefing that the stimulus package could keep the U.S. economy afloat for three months and mentioned the government expects to issue direct payments to citizens within three weeks of the bill being signed into law.