Trump threatens to withhold U.S. funding for WHO 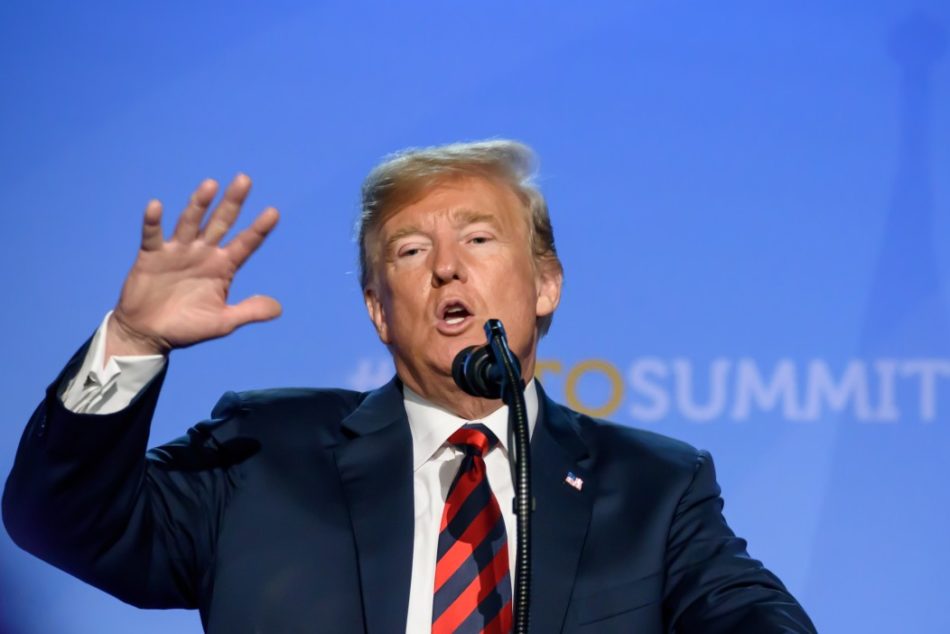 President Donald Trump said today that he is considering withholding U.S. funding for the World Health Organization because of its handling of the coronavirus pandemic, calling the institution “China-centric.”

But minutes later, Trump reversed and said he “was looking into it.” He said, “I’m not saying I’m going to do it, but we are going to look at it.”

Trump appeared particularly upset with WHO’s opposition with his decision to restrict travel from China because of the  coronavirus back in Jan. 31, saying “they were wrong.” The group issued a statement saying countries should keep their borders open despite the outbreak.

Globally, more than 1.4 million cases of Covid-19, the disease caused by the novel virus, have been confirmed and deaths topped 81,000 as of Tuesday evening, according to John Hopkins University. The U.S. has reported more than 387,000 cases and over 12,000 deaths.

“It is showing up very strong in our data in the African American community and we are doing everything in our power to address this challenge,” he said.

Dr. Anthony Fauci, the director of the National Institute for Allergy and Infectious Diseases, described the issue as an “exacerbation of a health disparity,” noting that conditions like diabetes, hypertension, obesity and asthma afflict minority populations.

“I will protect you if your governor fails. If you have a governor that is failing, we’re going to protect you,” said Trump during the press briefing. “But the governors are working well with us over the last period of time.”

Some governors, however, have said the Trump administration has failed to coordinate a national response to the crisis and that shortages of tests, ventilators and protective equipment have persisted.

Trump said the government will receive 110,000 ventilators by the end of June, and that the U.S. will send 200 to the United Kingdom.

Gov. Cuomo said today that coronavirus deaths in New York jumped by 731 since Monday, the highest single-day death spike yet in the state, for a total of 5,489 fatalities.

“Behind every one of those numbers is an individual, is a family, is a mother, is a father, is a brother, is a sister,” Cuomo said at today’s press conference. “So, a lot of pain again today.”

Cuomo described the deaths as lagging indicators of the number of hospitalizations, noting people who were admitted to hospitals at the peak weren’t successfully treated. Although the number of critically ill patients kept rising, he said, the curve of infection was plateauing in New York.

The hospital admissions of virus patients has slowed down. He said  the average of the 3-day hospitalizations rate has decreased. The number of patients in intensive care and daily intubation numbers have gone down.

Yesterday, Cuomo said the state, the epicenter of the outbreak in the country, may have reached its apex. He said New York on PAUSE  will continue until April 29 because, he said, there is evidence that social distancing is working.