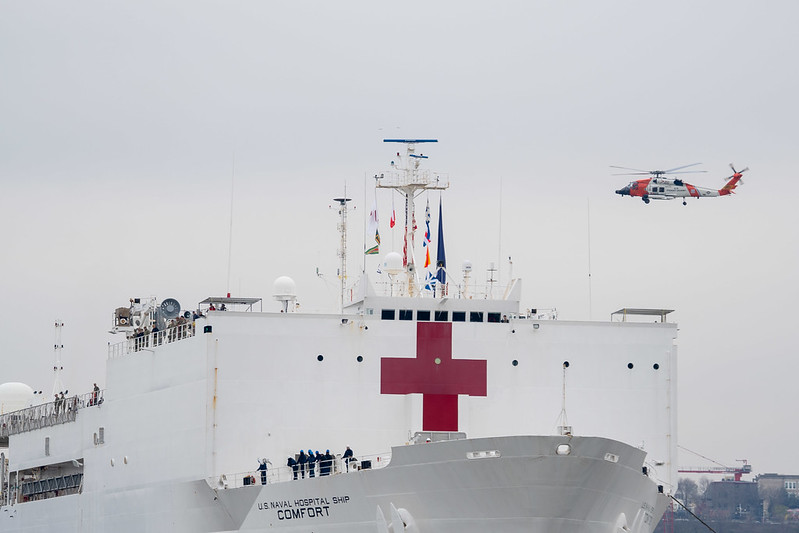 Controversy has arisen over the volume of medical treatment happening aboard the USNS Comfort since its arrival on Monday. The USNS Comfort was said to have 750 beds ready to relieve New York’s healthcare system now overwhelmed and under-resourced in the fight against COVID-19. But as of Thursday, only 20 patients were aboard the 1000-bed hospital ship receiving care. ⁣

⁣The ship was set to treat non-corona virus-related medical patients upon arrival, but 49 other restrictions on treatable aliments aboard the ship, as outlined by the United States Navy, is limiting who can get care. ⁣

⁣This is a stark contrast from the initial claims that the ship would begin shuttling in and treating patients within 24 hours of its arrival. ⁣

A spokeswoman for the Navy told the New York Times yesterday that, “We are bringing them on as fast as fast as we can bring them on.”

Beijing is China’s new epicenter for the coronavirus

Michigan hair salons are back in business

The East Village is open! Well, sort of

My trip home during the pandemic

On the frontline of two deadly viruses

Venezuela has another obstacle: the pandemic