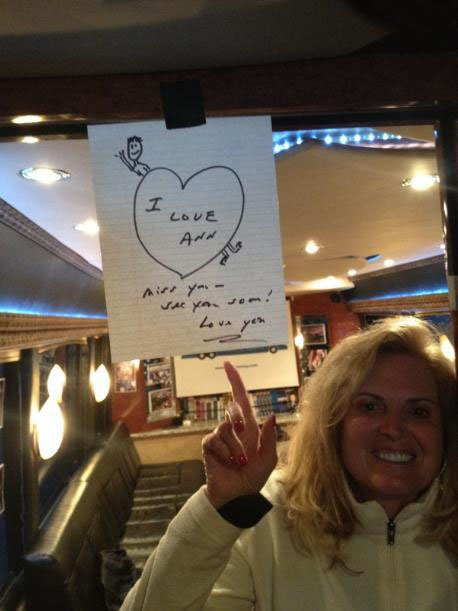 From Eleanor Roosevelt to Hilary Clinton, candidates’ wives have played important roles in presidential campaigns, appearing alongside their husbands, giving speeches, interviews, and taking on their own causes as well as their spouses’.

From the stages at the National Conventions to the covers of magazines, Michelle Obama and Ann Romney have been campaigning tirelessly for their husbands during the past months. The women have put their time and effort into showing America a softer, more real side to the candidates. The question is: what effect do they have on voters?

Michelle Obama and Ann Romney have used every possible medium, from their parties’ conventions to Pinterest, to convince America to vote for the men they married.

Michelle Obama, an outspoken and active First Lady,  has toured alongside the president and made appearances on her own, especially in swing states during the last weeks. As the race comes to an end, a TV spot has been released in which she appears with Latin talk show host Cristina Saralegui, speaking of how major issues like immigration reform and health care are at stake and urging Latin voters to support her husband.

A perfect example of Mrs. Obama’s role was her speech at the Democratic National Convention. “She is delivering a message through her gender role modeling that reinforces her husband’s gender, partisan, and political messaging,” says Ms. Borrelli. The First Lady made it a point not to attack Republicans. “There’s no such thing as us and them,” she said.

In her convention speech, Mrs. Obama emphasized main messages she has carried throughout the campaign, like the fact that she and her husband were raised by families who made sacrifices so they could have an education and a future. And by often mentioning her two daughters, the self-described “Mom-in-Chief” stressed the point that children are the reason to work for the country.

Not only has Mrs. Obama been an advocate for her husband’s policies, but also softens his image . At her recent interview on “Extra,” she gave host Mario Lopez marriage advice, saying, “As my husband would say, just make her happy, and continue to be friends.” Sometimes she pokes fun at the President, too. “He’s very loving, he’s very giving. He’s very open. He’s funny; I’m funnier,” she said when she and her husband were guests on “The View”.

Despite her quasi-celebrity status, Mrs. Obama still faces challenges. “I remember Laura Bush saying in 2008, that Michelle Obama would get used to the publicity, both negative and positive, but I don’t think she has,” says Betty Boyd Caroli, author of “First Ladies: Martha Washington to Michelle Obama.” “She has been more visible these campaign months, but for the first three years of her husband’s term, reporters told me she was unavailable except for two or three days of the week, and she turned down most interviews,” says Ms. Caroli. “While it is understandable that she wants to concentrate on being Mom-in-Chief, her reticence indicates that she does not relish a public role.”

Ann Romney has dealt with being a public figure for a long time. Back in 1994, when Mitt Romney was campaigning for US Senate in Massachusetts, she was ridiculed after a Boston Globe interview in which she said that she and her husband had struggled financially at the beginning of their marriage and that they never fought. Afterwards, she claimed she would never be involved in future campaigns, but she eventually went back to the trenches, keeping a lower profile. Today, she is a key player in Mitt Romney’s run for presidency, holding her own events and interviews.

“She’s serving as a satellite wife,” says Ms. Borelli. “In her speech at the Republican National Convention, she discussed their life, presenting it as evidence in support of her husband’s campaign commitments and policy promises.”  When Mrs. Romney took the stage, she explained she was not there to speak about politics but about love. She shared her experiences as a wife, mother and grandmother, and called out to the men and women, especially the women, who worry about making it through another day. “I love you, women!” she exclaimed enthusiastically.

Throughout the campaign, Mrs. Romney has fended off criticism for the Romney family’s wealth, saying her husband was not handed success, but actually built it. And when she speaks of him, she portrays a generous, caring man, who helps his family, church and community. She never fails to mention the support he has given her with her serious health problems. Diagnosed with multiple sclerosis in 1997 and with breast cancer in 2008, Mrs. Romney credits her husband for carrying her through her lowest moments. “@MittRomney has lifted me up in my toughest hours & tonight America will see that he will lift our country up when we need it the most,” reads her tweet from the last night of the Convention. Her Twitter account has less than 60 tweets, but her Pinterest account is more illustrative of the approach she has taken during this campaign.

On Pinterest, Mrs. Romney’s boards cover everything from recipes to the campaign, where she pinned a love note from Mitt that would make any lovelorn teenager jealous. She has also stepped onto the talk show arena, appearing on the “Tonight Show” with Jay Leno, where she joked about her husband’s dancing skills. Mrs. Romney even impressed Barbara Walters when she was on “The View.” “You’re a wonderful advocate for your husband,” said Ms. Walters. “Whatever your point of view — this is a terrific lady.”

While it is hard to actually measure the influence that candidates’ wives have on voters, it’s clear that Mrs. Romney and Mrs. Obama have been powerful advocates to their husband’s policies as well as to their characters. These women know the candidates better than anybody else. They make trustworthy surrogates, and voters know it.

Bianca Carrasco, 28, who lives in Miami and will vote for President Obama, says his “policies and ideas are the most important” when it comes to her decision. However, she says “it’s good to hear the wives because they know the candidate best.

As for 26-year-old Cleo Penley from Pensacola, her vote for Mitt Romney is also based on his career and proposals. Yet as a young mother, Ms. Penley believes that “many women, especially moms, relate to Ann and appreciate the recognition of the importance of the role as wife and mother.”

By attesting to the candidates’ best traits as husbands, fathers and friends, Ann Romney and Michelle Obama have helped their campaigns in a way that nobody else can: assuring voters that they are men who care, and who will work hard to move the country forward. These women have put their all their time and effort into getting America to know the men they love, and hopefully, make voters fall in love with them as well.