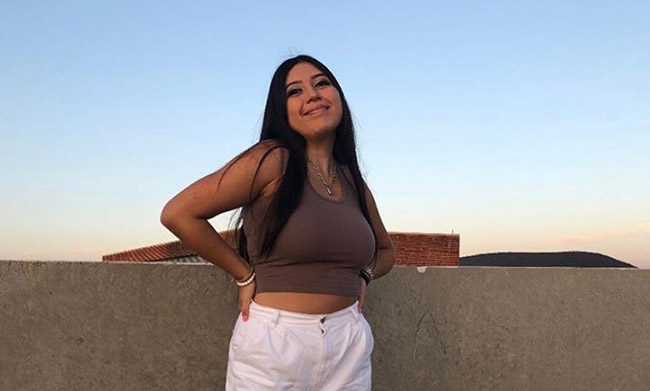 First-time voter Lauren Hernandez trembled on Tuesday as she shut off her car ignition outside of her Long Island polling site.

The 20-year-old secured her mask over her mouth and behind her ears, grabbed her ID from her wallet, took a deep breath and made her way over to Lynbrook North Middle School.

Her nerves were somewhat calmed after a smooth voting experience: there was little traffic on her way to the polls and there was no line once she arrived.

But for Hernandez, an underlying feeling of anxiety still persisted because this presidential election represented so much more.

“This election opens up doors for new opportunities and to vote for the quality of Black, immigrant, queer, female, and trans lives,” she said. “I vote for these communities as well as my own. I vote to make millions of Americans feel safe and accepted in their own country.”

It was also the first time voting for Miles Layng, 19, who cast his ballot in East Rockaway, Long Island, where he too had a quick and easy voting experience — almost too quick.

“I’m not sure how I feel about the number of people I saw today,” Layng said of the sparse number of people who showed up to his local polls on Election Day. “I’m going to choose to believe that most people voted early but walking in and seeing only three older people voting was a little unnerving.”

“Our country deserves better,” he said of President Trump. “I voted for [former Vice President Joe] Biden because of harm reduction, and he’s going to be better than the alternative. But we shouldn’t be coming at this from a place of harm reduction. We should be voting for who we actually like! Of course you can’t dismantle an entire system in a matter of weeks though, so for now, I’ll play the game,” he said.