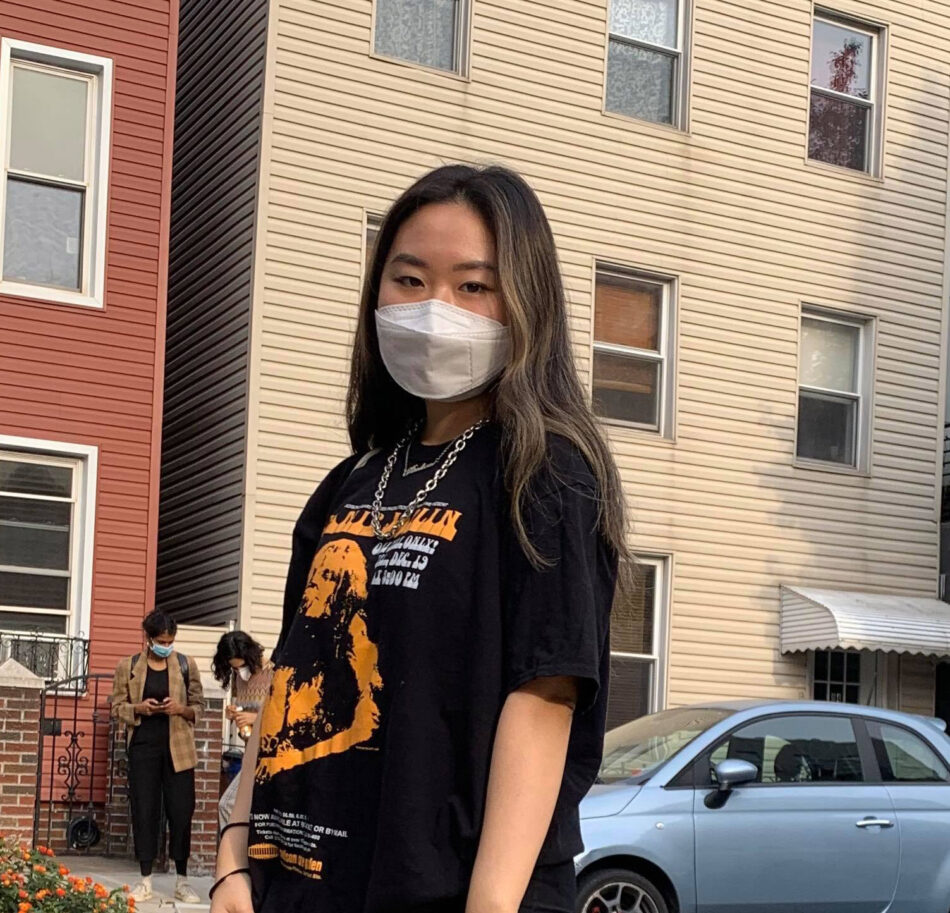 Annie Park, 20, an NYU junior who voted for Biden on Election Day.

For voter Annie Park, casting a ballot in person means making sure her vote is counted — and that her voice is heard.

The 20-year old NYU junior said she was so concerned that she didn’t think twice about going to Brittany Hall to cast her ballot, even during a pandemic.

“The past four years have been really disappointing, and it hurts to see how our president is acting towards African Americans and other people of color within our country,” she said. “I think that this election will show how Americans feel and have been feeling for the past couple of years.”

Park, who is voting for former Vice President Joe Biden, said the discrimination against Asian Americans like her has been demoralizing — but that she doesn’t have same fears as other people of color.

“I’m not saying that Asian Americans haven’t faced microaggressions and racism — especially during the past couple of months,” she said.

“But I think that I’m invested because so many other minorities have so much more at stake,” she continued. “They have their lives at stake.”

For Park, her ballot is a vote for people of color, and for those who, like her, worry about what a second term under President Trump will bring.

“This is a pivotal point for us,” she said. “If Trump has another four years in office I think, genuinely, it will be really detrimental to our democracy.”