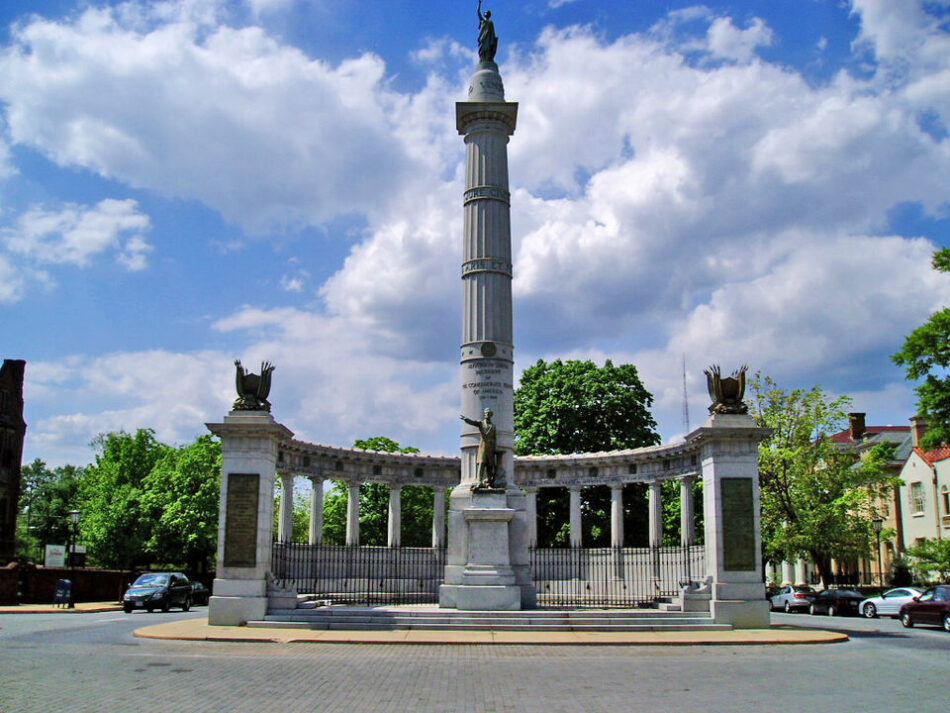 As the 2020 election begins, growing fears of potential violence on and after Election Day have Virginians entering this week with caution.

Some recent events point to Virginia being a potentially controversial state: a group of Trump supporters intimidating voters in Fairfax; Gov. Ralph Northam being targeted in a kidnapping plot; and Richmond frequently being the center of gun rights rallies.

Security officials such as the FBI and the Virginia Fusion Center are keeping watch on social media and the dark web for threats. Additionally, police will be actively patrolling and on call to arrive at any polling place experiencing disruptions, according to Virginia Public Media.

Virginia’s political history and geography are a potent combination. In Richmond, the epicenter of the Civil War and the Confederate statues removed under protests, there’s multiple reasons for  conflict

Abigail Morin, a resident of the historically red county of Powhatan, on the outskirts  of Richmond, is concerned about how residents might react.  “I’m worried about the rednecks of the county trying to stage a rebellion,” she said. “I’ll stay inside unless I really feel like I need to take action, in which case I’m willing to peacefully protest.”

Afreen Haq, a student at John Tyler Community College, is a bit more optimistic and not concerned about violence. “I think people know better than to hurt others over a particular candidate not getting elected,” Haq said. “I think now people are looking to the election as a means of calming the storm.”

Still, many Americans have taken defense measures into their own hands. First-time gun sales skyrocketed by more than 70% this year, according to NSSF.  “I did meet a man who encouraged me to take shooting classes and buy a shotgun ‘in case the protestors show up,’” Haq said. “I do try to stay low-key and not confront strangers about things that could be sensitive.”

Morin says her family has stocked up–with several guns and other weapons–to be on the safe side.