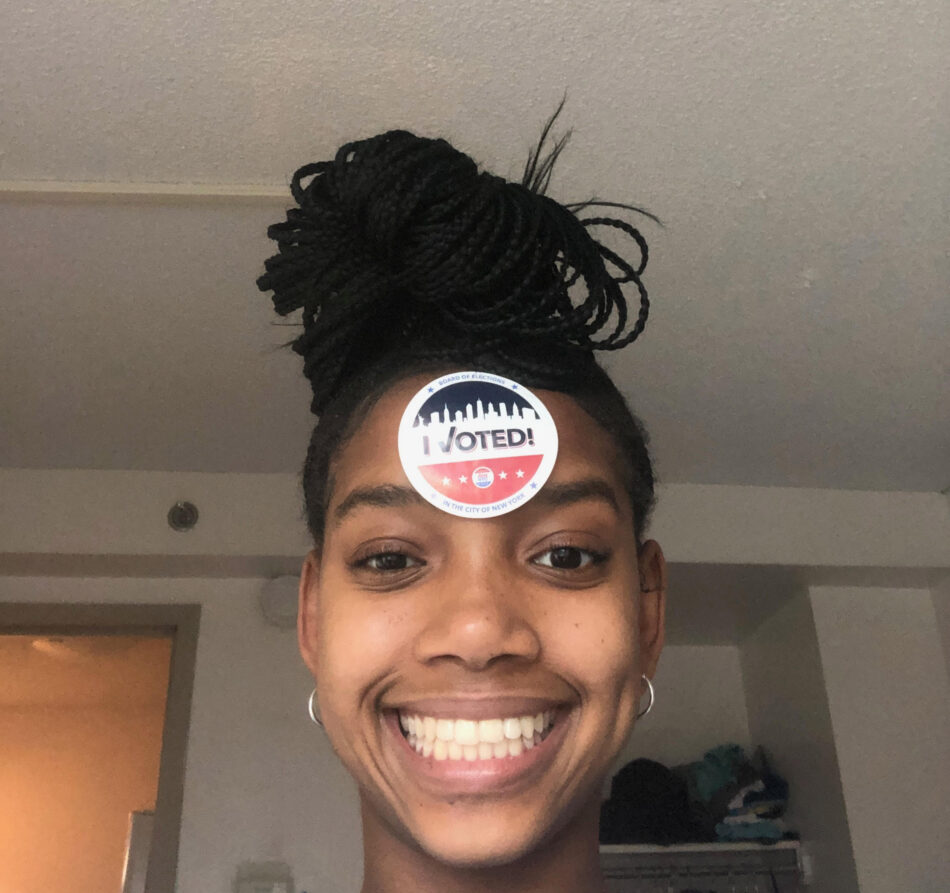 Unlike most voters on Tuesday, NYU Tisch sophomore Kaysha Pressley did not have to leave her building to cast her very first vote.

Pressley, 19, simply walked downstairs to the poll station located in NYU’s Alumni Hall, filled out her ballot, and went back upstairs.

“I thought there would be a long line, but there wasn’t,” she said. “I was the only person there.”

Time is key for the busy dance major, who must balance a full-course load on top of rigorous workouts and her job as an in-store shopper at a Whole Foods Market in Brooklyn.

“I don’t have much time outside of work (…) and I didn’t want to figure out how to vote early in Brooklyn,” the sophomore said. “So I just waited for Election Day.”

Pressley voted in favor of former Vice President Joe Biden, citing his campaign’s stance on climate change, student debt and the Black Lives Matter movement as reasons for her support.

She also liked that Biden chose Sen. Kamala Harris as a running mate, and hopes Harris will be the first woman to assume the vice presidency.

“I feel like Biden has the black vote,” Pressley said. “He cares about us Black folks way more than Trump….I [also] think it’s inspirational [that he picked Harris]. When you’re young, especially, you don’t really see [a Black woman running for office].

“Some people don’t like [Harris] because of her past,” she added, referring to the senator’s tenure as a California prosecutor. “To me, everyone has a past. It’s a matter of staying in the present.”

No matter what the outcome though, the 19-year-old believes the election results will further divide the American people.

“There’s not going to be a ‘Kumbaya’.  It’s going to be hectic from both sides,” said Pressley, noting that she thinks the losing party’s supporters will take to the streets in protest.

“We’ll see what happens.  We won’t know who our President is right away, so it’s a matter of patience,” she said.  “But I think Biden is going to win. I want to manifest it so I’m just going to speak it into existence.”