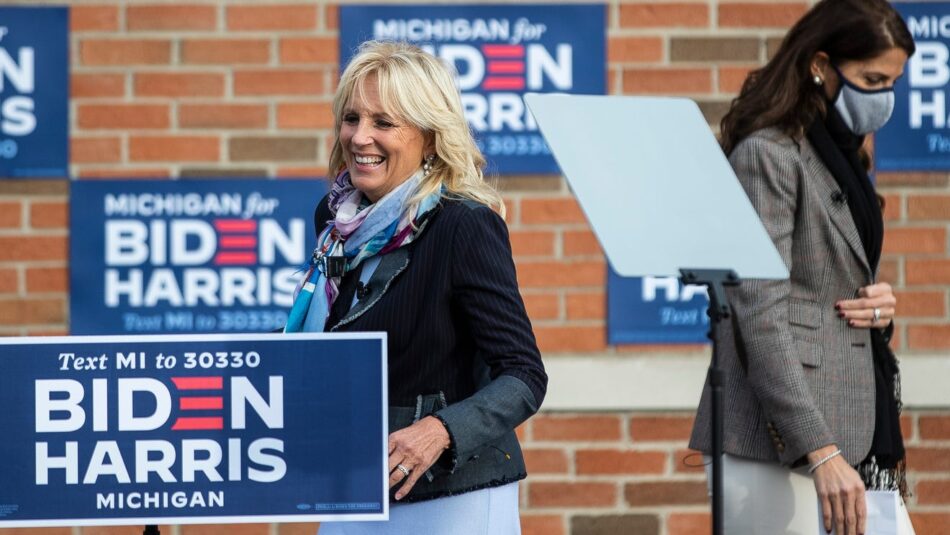 Coming from states ruled by dictators and monarchs, most Middle Eastern immigrants and their descendants know what it is like to be in a system governed by fascists. And that’s no different in Dearborn, Michigan, which is home to the largest Arab American community in the United States.

To many of them, the last four years of the Trump presidency, was characterized by marginalization of minorities, suppression of freedom of speech, and supremacist ideologies taking control of the state. It was not very different from what some  had experienced or had family who had.

Voters from this suburban city, a part of the Detroit Metropolitan Area, flocked to the polling stations in great numbers in support of the President-Elect Joe Biden and his running mate Senator Kamala Harris.

Niraj Warikoo, a reporter at the Free press tweeted the breakdown.

In the city of Dearborn, 69% to 30% for Biden over Trump, per city clerk results.

“We the American people have the right to choose our President, “said Ayda Ibrahim, of Lebanese descent, an accountant and mother of two.

Let it never be forgotten that Arabs in Michigan showed up when America needed it most. Put some respect out there for Wayne County – Dearborn – and it’s people. pic.twitter.com/F0sapq9c4p

Arab immigrants came to Dearborn in the 1880s followed by a second wave in the 1910’s that was driven by the lure of working on Ford’s assembly line. Refugees and asylum seekers from Middle East’s conflict ridden countries have also taken sanctuary in Dearborn’s predominantly Arab American communities.

“We see how power goes from one person to another without any war,” said Zeinab Assaf, an Arab American immigrant, lauding the democratic system in the United States and a smooth transition of governance here. “American people are lucky to have that.”

Abed Hammoud, an attorney from Dearborn and the Founder of Arab American Political Action Committee, campaigned for and voted for Biden in the election.

“I want a serious president, somebody who respects the institutions, who doesn’t lie,” he said. “Trump runs the country like a show.”

Hammoud also believes strong institutions are the backbone of a democracy and essential to civilian supremacy.

As the state started turning blue and the Republicans’ initial lead started fading, the Trump administration filed a lawsuit in Michigan for the vote count to stop. The Secretary of State Jocelyn Benson flagged the Republican lawsuit ‘meritless’ and ‘frivolous’. She said that a record number of voters cast their votes from Michigan in these historic elections.

Trump supporters started demanding the vote count to stop and creating chaos at polling stations after the initial results. Later, many gathered at the Michigan State Capitol in Lansing protesting Biden’s victory, questioning the election integrity on Saturday, November 7.

“We live in a country protected by law, “ said Ibrahim.“I grew up with wars on the streets but nothing will happen in America.”

Ibrahim believes that Americans have seen four years of misleading claims and racism and  that the country needs to move on to the next stage with optimism.