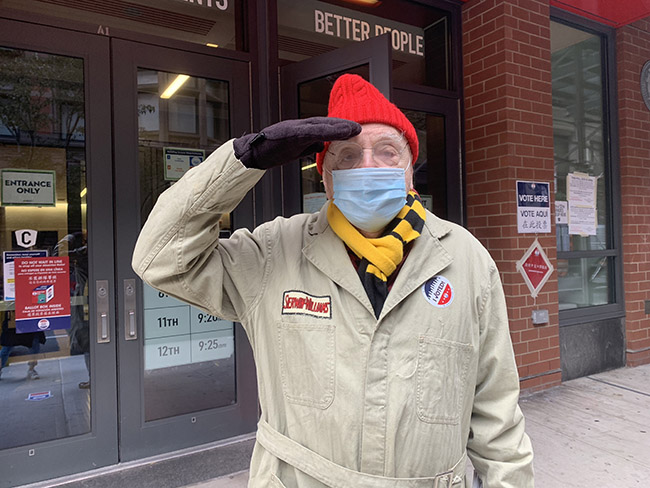 The faint smell of disinfectant wafted through the halls of the Clinton School in Union Square as only a few people drifted into the polling site.

Voter Duane Michals, who wore a light green coat to keep out the morning chill, could barely believe that hardly anyone was there.

“This is probably the most important election in the history of America,” said Michals, 88, who lived on 19th St.

“If [people]  don’t vote, then they don’t have any right to complain when the fascists take over the country, ” he continued. “Trump can kill democracy all by himself.”

Michals, a Korean War veteran, said despite a high turnout of young voters this election, he couldn’t understand why some young people had not bothered to vote. 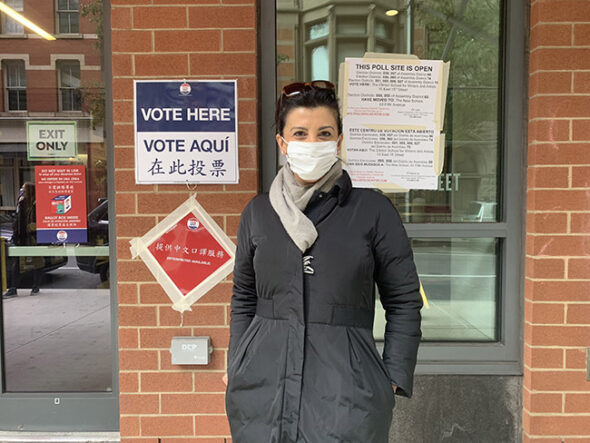 “A bunch of [my friends] are in the country houses in Pennsylvania, Connecticut, all those places. Most of them are voting for Trump,” said the young one-time Bernie Sanders supporter, who’s mother asked Pavement Pieces not to use his name for fear of repercussions at school.

“Yes, I think my guy is gonna win —  hopefully. He is a great president,” Pelosky, 46, said after casting her ballot. “I’m happy to support him again.”

Pelosky is originally from Iran, where she says freedom of speech is not encouraged.

She said she assumed that everything would be different in the United States — until she saw how some people reacted to those who back Trump.

“I hope this time all the people who have been silent, like myself, will feel more emboldened to speak up and be supportive of him more publicly,” she said. 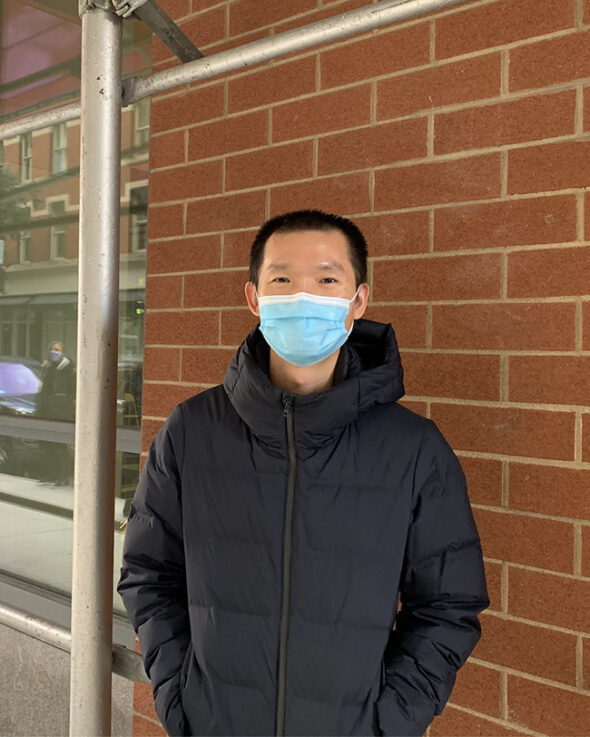 Voter M.L., 42, also came out to Clinton School on Election Day— and for the first time, his company gave employees the day off to vote.

M.L.— who declined to give his full name — took note of the boarded-up windows on small businesses around Union Square in preparation for protests or looting.

“When I came out, it seemed very normal,” he said. “But usually when something is quiet, there might be a big storm coming.”

“Hopefully a country called United is going to be united,” he said. But I think given that what we’ve seen for the past four years,” he said, chuckling bitterly. “It only gets worse if Donald Trump wins.