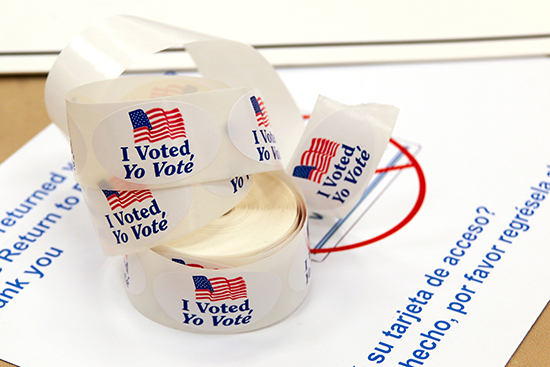 Students question whether voting by mail is reliable

The big decision for many college students is not who they will vote for but how they will cast their ballot. Many are taking into account the difficulties and reliability of mail-in ballots and risks of voting in-person during a pandemic.

A Trump supporter, Resney has a strong distrust of mail-in ballots.  “Mail-in ballots are tossed in the trash,” he said. “Most people I know are voting in-person on the day.”

Safety and health are not a concern for Resney. “I’ll wear a mask for older people,” he said. “What would happen if I got it? It would be like two days of a dry throat, and then I’d be fine.”

Rachel Meyer, a biology student at the University of Nevada, voted in-person Oct. 29, choosing early voting to avoid lines on election day. “If the wait is longer than an hour, good luck getting me to wait in line,” Meyer said, laughing.

Like Resney, she believes that a mail-in ballot would either get lost or not be counted.. A Republican, along with her close and extended family, Meyer pointed to ballots tossed out in the primary election. About 6,700 ballots were thrown out in Nevada’s primary election because election officials couldn’t verify voter signatures, a Washington Post investigation concluded.

Meyer found the voting process “super clean.” Poll workers wore masks and gloves, and made her feel very safe, Meyer said. Nevada early voting polls are open from 8 a.m. to 9 p.m., and Meyer didn’t wait on line at 8 p.m. when she went to vote with her father and sister.

David Hiott, a student at SUNY Maritime College in the Bronx, decided to vote by mail. “I voted by mail because I don’t really care all that much if it doesn’t get counted or gets lost or something. I know Delaware will vote blue.” Former vice president Joe Biden was a Senator from Delaware, and the state has voted blue since 1992. Hiott believes that most people in Delaware are voting for Biden, except those on the coast.

On-campus for the fall semester, Hiott also chose to vote by mail for his safety, afraid of getting sick and bringing COVID back to campus. “My roommate has a weak immune system, and I’ve heard it affects people differently,” Hiott said. “If I don’t have to risk getting sick, I’m not going to.”