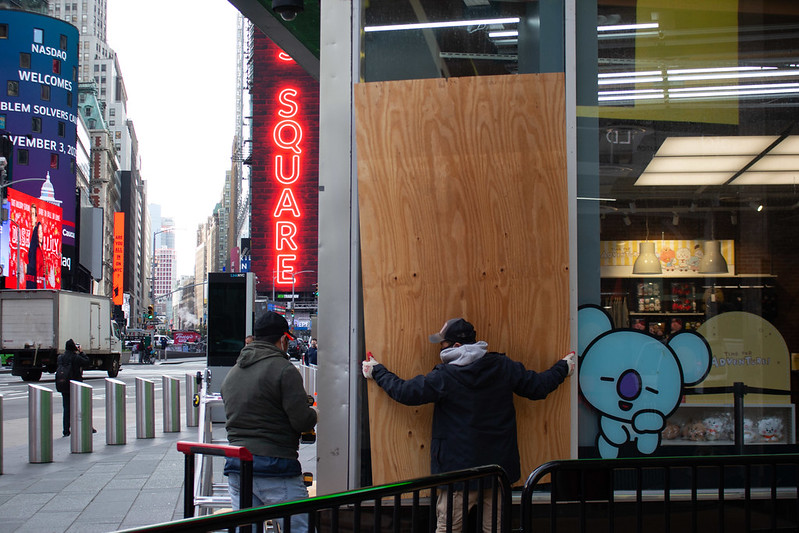 Two workers board up a storefront in Times Square. Stores remained open throughout the day. Photo by James Pothen.

It was a strange day, even for Times Square. Normally a home for costumed characters and international tourists, the center of the universe found itself eerily quiet on the day of the 2020 presidential election. Workers slowly boarded up storefronts in preparation for protests like the ones after the killing of George Floyd.

A few tourists and costumed characters did mill about, but most were wearing masks because of the COVID-19 pandemic. In a twist, it seemed that there were more members of the media than protesters despite the stakes of the election. NYPD officers were present all day, setting up barriers for a crowd that never materialized.

As the polls closed and results came in, people gathered around the ABC News ticker to watch states slowly turn red or blue. There were no loud cheers or wild celebrations. Even political arguments among people in the square never went beyond yelling. The storm would come, soon enough. Just not that day. 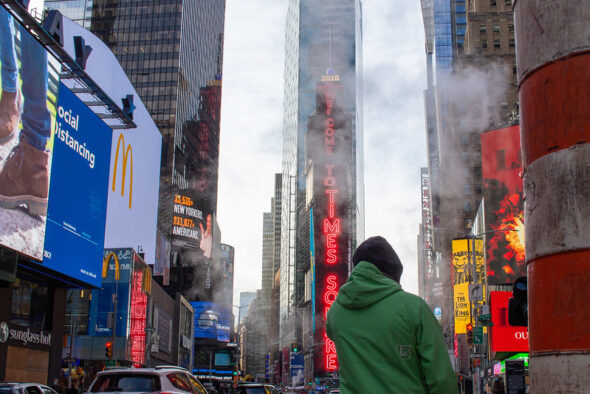 A cameraman setting up a shot in Times Square, New York City. The square remained relatively quiet and uncrowded through the day. Photo by James Pothen 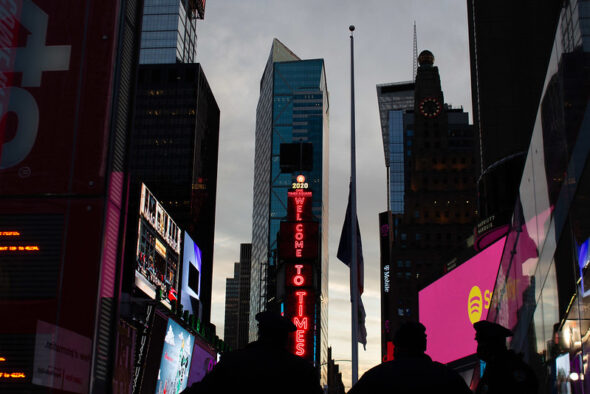 Three NYPD Officers in Times Square, New York City. There was a visibile police presence but no unrest or large-scale protests. Photo by James Pothen 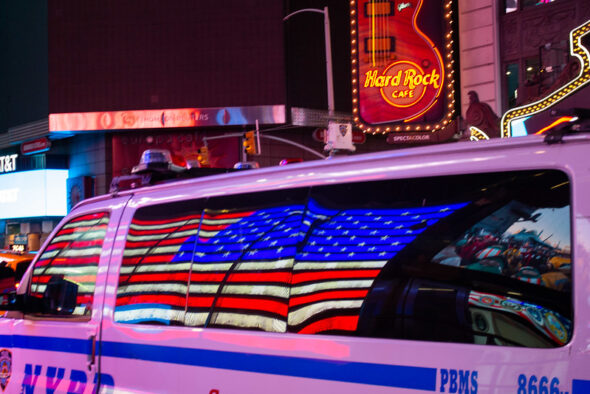 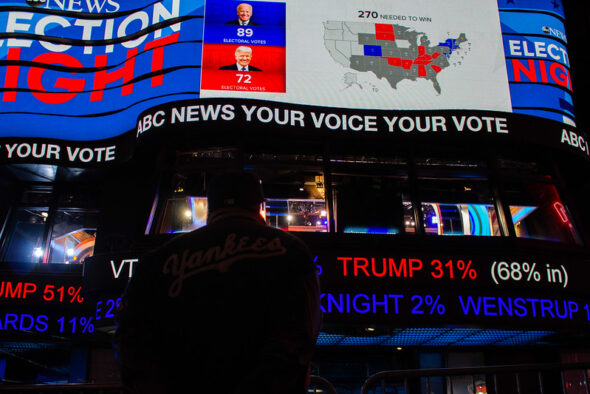 A person watches the election results come in over the ABC news ticker in Times Square, New York City. Photo by James Pothen 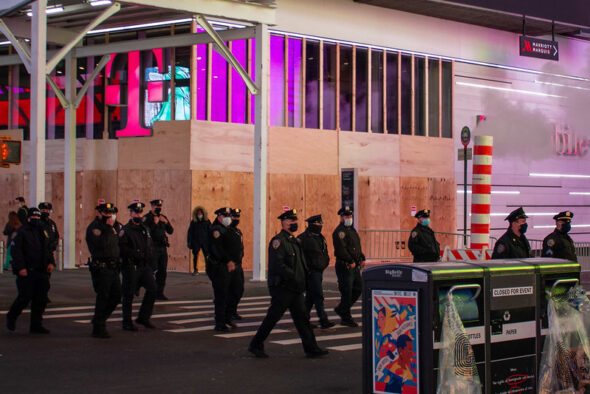 A group of NYPD officers make their way to the north side of Times Square, New York City. Photo by James Pothen 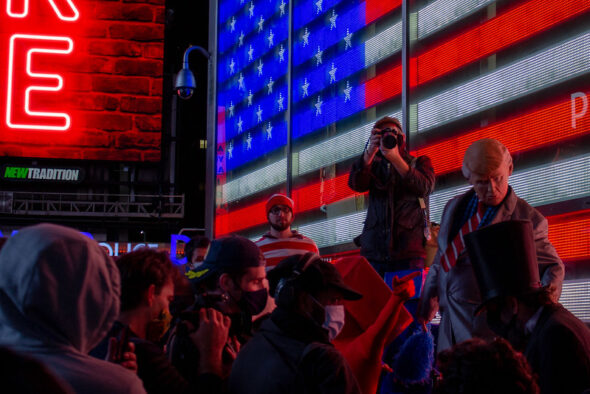 This is a project of  Lori Grinker’s graduate photojournalism class.